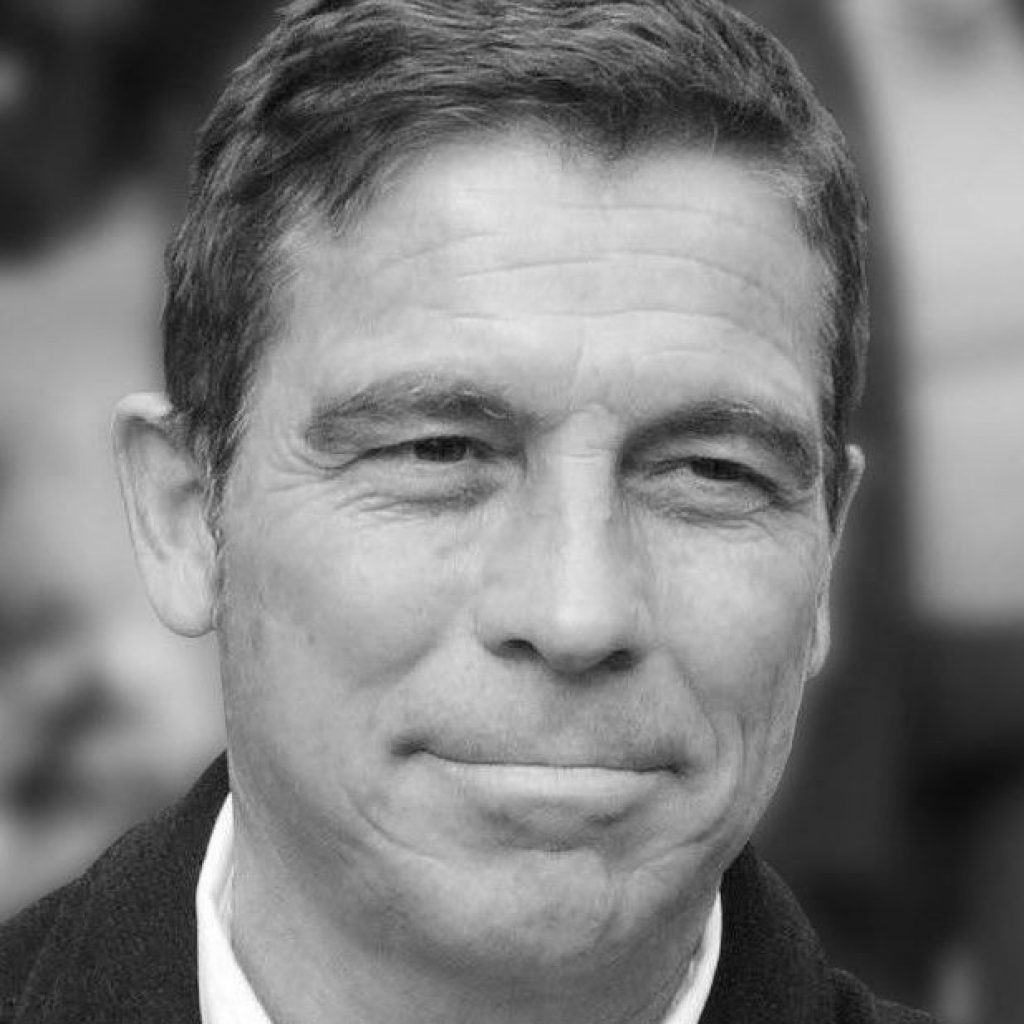 Born in Valladolid, where his grandfather was an architect, but from the age of two, he lived in Cádiz where he saw the Light.

He is a Professor in the Madrid School of Architecture, ETSAM, where he has been a tenured Professor for more than 35 years. He has taught at the ETH in Zurich and the EPFL in Lausanne as well as the University of Pennsylvania in Philadelphia, the Kansas State University, the CUA University in Washington, and more recently, in 2016, L’Ecole d’Architecture in Tournai, Belgique.

He is Full Member to the Royal Academy of Fine Arts of San Fernando of Spain since 2014.

He has given lectures all over the world, and has received significant recognition like the Torroja Award for his Caja Granada or the Award of the UPM University for his Excellence in Teaching. In 2013 he was awarded the Heinrich Tessenow Gold Medal, the Arnold W. Brunner Memorial Prize of the American Academy of Arts and Letters, the International Award Architecture in Stone in Verona, and the RIBA International Fellowship 2014 of the Royal Institute of British Architects. In 2015, he was awarded the BigMat 2015 in Berlin and the International Prize of Spanish Architecture (PAEI 2015). And won the 1st Prize Ex Aequo to build the new LOUVRE.

His works have been widely recognized. From the Houses Turégano and de Blas, both in Madrid, to Gaspar House, Asencio House or Guerrero House in Cádiz, Rufo House in Toledo and Moliner House in Zaragoza. And the Olnick Spanu House in Garrison, New York, the House of the Infinite in Cádiz, and the Raumplan House in Madrid. Or the BIT Center in Inca-Mallorca, the public space Between Cathedrals, in Cádiz, the Caja de Granada Savings Bank and the MA, the Museum of Memory of Andalucía, both in Granada. And a nursery for Benetton in Venice, or the Offices in Zamora for the Regional Government of Castilla y León. At present, the Sports Pavilion for the University Francisco de Vitoria, in Madrid, has been finished.

More than 30 editions of the books with his texts “La Idea Construida” [The Built Idea], “Pensar con las manos” [Thinking with your hands], and Principia Architectonica have been published in several languages. In 2014 he published, “Poetica Architectonica”. In 2015 “The Built Idea” has been translated into English and Chinese and “Quiero ser arquitecto” has been edited by Los libros de la Catarata. Recently, all his work has been gathered in a book, “Complete Works” by Thames & Hudson, and in 2016, his latest texts have been published under the title “Varia Architectonica”. He believes in Architecture as a Built Idea. And he believes that the principle components of Architecture are Gravity that constructs Space and Light that constructs Time.

He has exhibited his work in the Crown Hall by Mies at Chicago’s IIT and at the Palladio Basilica in Vicenza. And in the Urban Center In New York. And at the Saint Irene Church in Istanbul, and the Tempietto of San Pietro in Montorio, Rome. In 2009 the prestigious MA Gallery of Toto in Tokyo made an anthological exhibition of his work that, in 2011 was in the MAXXI in Rome. In 2013 his work has been exhibited in the American Academy of Arts and Letters, New York, and in the Pibamarmi Foundation in Vicenza. In 2014 at the School of Architecture of Valencia. In 2015, in Cádiz, at the College of Architects, and at the Spanish Embassy of Iran in Teheran. And in 2016 at the Oris House of Architecture in Zagreb. 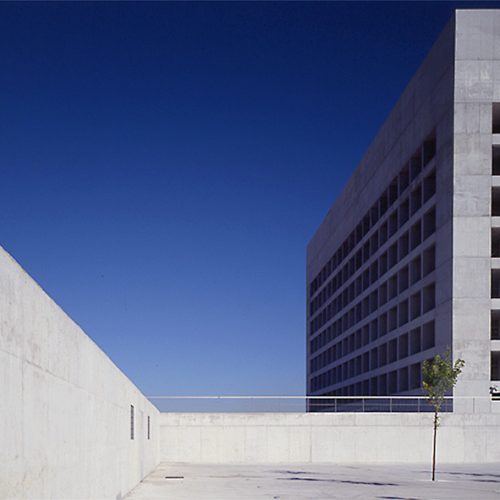 A large cube is built on top of a podium flanked by two courtyards. The parking areas, archives and Data Processing Center are accommodated in this podium. Offices are arranged inside the cube on seven floors around the central interior courtyard. The cube was constructed on a 3 x 3 x 3m grid of reinforced […] 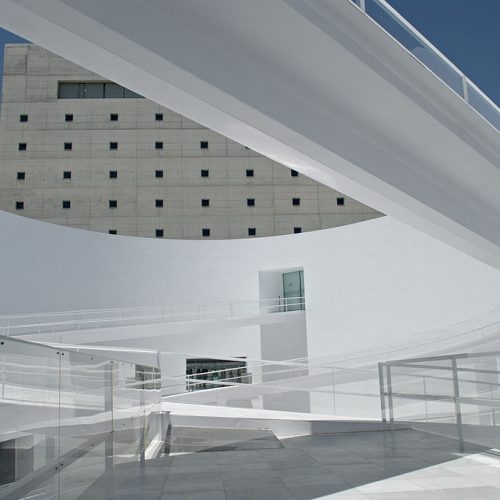 We would like to make “the most beautiful building” for the Museo de la Memoria de Andalucía (Andalusia’s Museum of Memory) in Granada. The MA. A museum that would convey the entire history of Andalusia. As early as Roman times, the geographer Strabo described the inhabitants of Andalusia as “the most cultivated of the Iberians, […]

At the client’s insistence on absolute independence, it was decided to create an enclosed precinct, a “hortus conclusus” or closed grove. The house, defined by four enclosure walls of 3.5 meters, is based on a square measuring 18 x 18 meters which is subdivided into three equal parts. Only the central portion is roofed. The […]

The house is situated in the eastern part of the island of Paros Cyclades in GREECE. It has been declared a nature of traditional Cycladic architecture with a MINIMAL MODERN presentation.