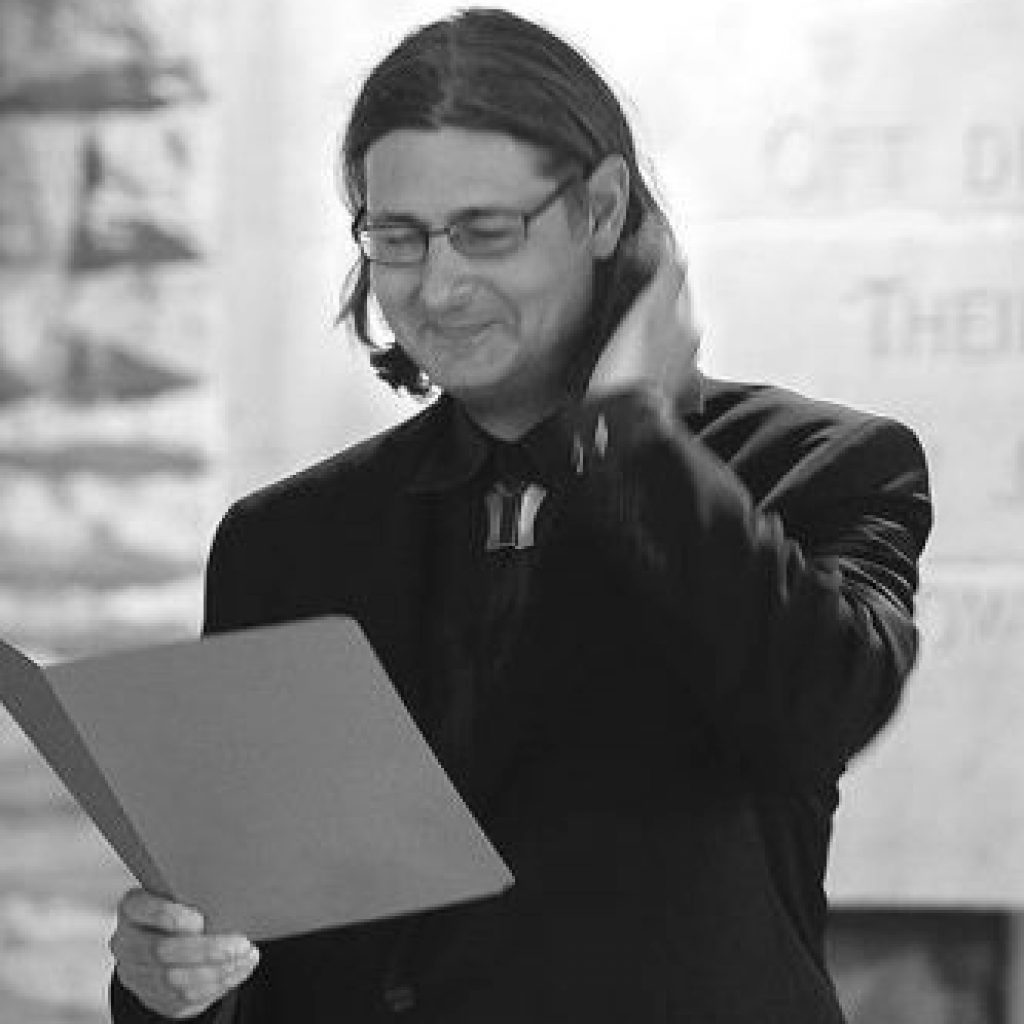 Aris Georges is a design teacher, a graphic designer, and an artist. As a design teacher, Aris draws
from European education, American graduate studies, and over 25 years of apprenticeship in
architectural and creative studios in the EU and the US. Aris promotes conscious thinking in
architecture and design and his classes offer students the opportunity to expand their mental
boundaries to explore and advance their ideas and vision. He engages his students through
interactive processes and supports their development in striving to be unbound thinkers and
designers.
During his American preparatory school years at Anatolia College in Greece, Aris was tutored by two
practicing architects when he developed his strong architectural focus and dedication to a life in
design. He studied architecture at the University of Florence, Italy, and received his Bachelor of
Architectural Studies and his Master of Architecture degrees from Taliesin, majoring in organic
architecture and graphic design. After graduation, he became a voting Senior Fellow of the Frank
Lloyd Foundation, and later Director of Curriculum at the School. During a sabbatical, he worked at a
technology-focused, marketing and communication company in Portland, Oregon, where he
developed Web-based campaigns for large institutions, while he trained in high-end graphic design
and Web development.
Aris’ graduate courses include Advanced Design Studio, Research Design Studio, Graphic Design,
Hand Drawing and Rendering, and Nature Patterns. He often conducts public talks and workshops on
geometric abstraction inspired by nature. In addition to teaching, Aris is an installation artist in
temporary place-making utilizing tensioned fabrics. Originally studying with the legendary Bill Moss of
Moss Tents, Aris calls his fabric installations “space-shaping” and considers them as metaphor for
balanced tension in collaboration and community.