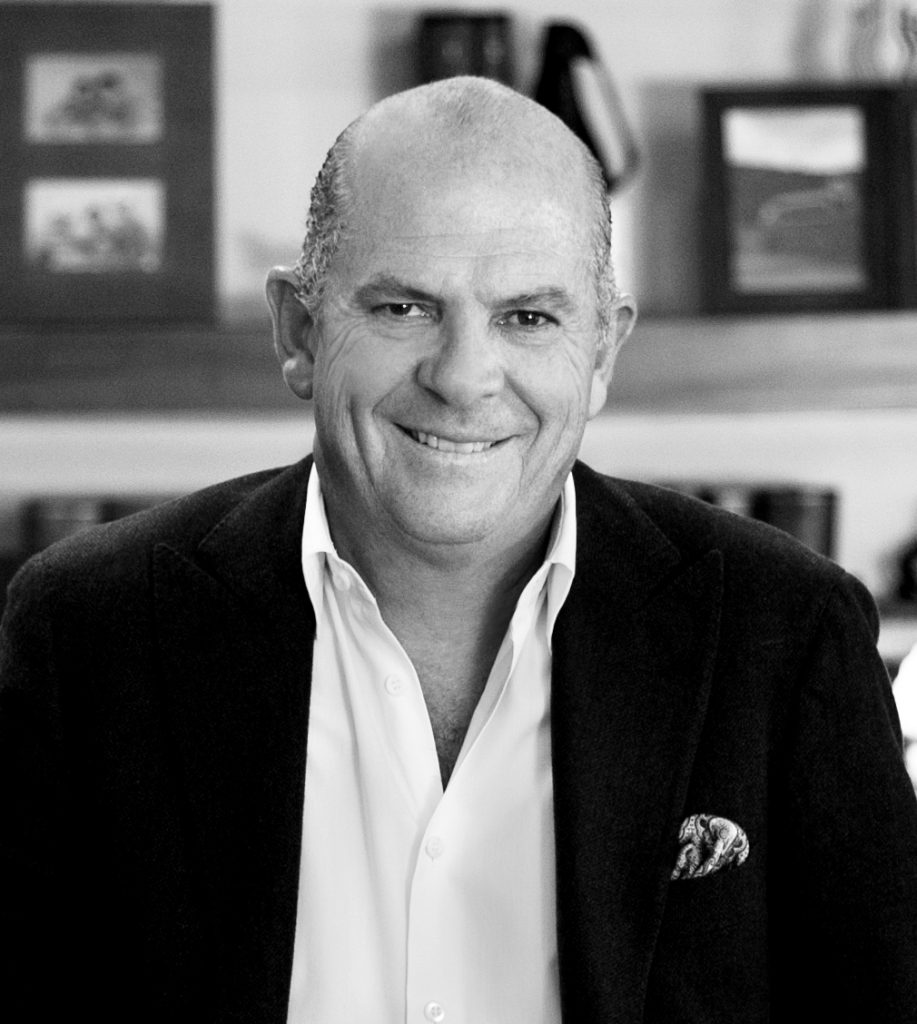 Javier Sordo Madaleno Bringas was born in Mexico City in 1956 and studied at the Architecture Faculty of the Universidad Iberoamericana (1974-1979). He has made an enormous contribution to architectural development and style in Mexico, improving the environment and quality of life for users. His professional life, with forty years of experience as architect and developer has been highly prolific, with approximately 400 designed projects and around three millon square meters developed. His most representative projects include: Hotel Westin Regina L.C. (1993), Moliére Dos22 (1997), Antara (2006), the José María Escrivá church (2008), Andares (2009), Antea (2013), Parque Toreo (2014), Artesia (2014), Andamar (2014), Grand Hyatt Playa del Carmen (2015), Solaz Los Cabos (2018) and 28 projects pro bono for the Teletón Foundation (1999-2016).
Sordo Madaleno has won recognition with honors both in Mexico and abroad, including: in 2018 the first place in the category “Residential for Future Projects” with the project Amelia Tulum at WAF (World Architecture Festival). The appointment as Honorary Fellow of the AIA (American Institute of Architects) in 2017 for his significant contribution to architecture and society. Also in 2017 he received the appointment as Professor of the IAA (International Academy of Architecture) in 2017 and The Legislative Assembly of Mexico City awarded him with the Medal for Merit in Arts and Sciences 2016, in the Architecture category. In 2016 he was awarded by the Real Estate Developers Association (ADI) for his outstanding career in Architecture. In 2015 he received the “Best of the Year” award from Interior Design magazine for the Grand Hyatt Playa del Carmen’s SPA as the best project of the year in the category. In 2013 the “Trayectorias” prize was granted by the Colegio de Arquitectos de la Ciudad de México (CAM-SAM). In 2010 Javier received the “Judges Special Award” by the Design and Health International Academy for the CRIT project in Tampico, the same project was also recognized as “best building” in the health category, at the World Architecture Festival (WAF) 2009 held in Barcelona. Also in 2009, he received the “Gold Award for Development and Design Excellence” granted by the ICSC in recognition of the innovative nature of the Andares project.
Javier is also a member of the Mexican School of Architects, member of the Mexican Society of Architects, member of the National Academy of Architecture, member of the Real Estate Developers Association (ADI), member of the Teletón Board, advisor for the Club de Industriales, advisor for the Intercontinental Hotels, advisor for Inditex Group, advisor for Centro University and advisor of major malls and mixed use projects including: Artz Pedregal, Plaza Satélite, Plaza Universidad, Antara Fashion Hall, Angelópolis, Antea Lifestyle Center and Andamar Lifestyle Center. 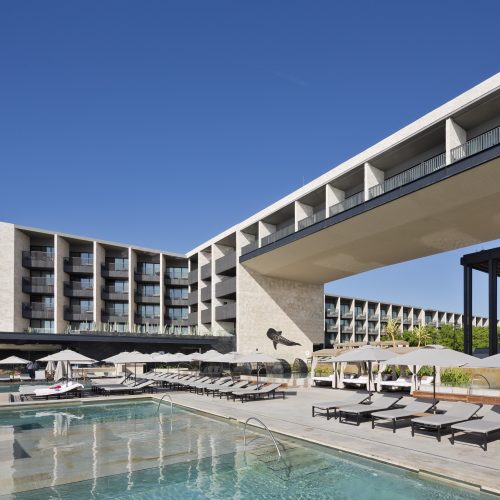 Year: 2014 Construction Area: 440,580 sqm Status: Built Program: Hotel Location: Playa del Carmen, Quintana Roo, México Description: The project is located in the heart of Playa del Carmen on an irregular site that slopes down to the sea, with a 140-meter beachfront and a significant area of natural mangrove to be preserved. A series […] 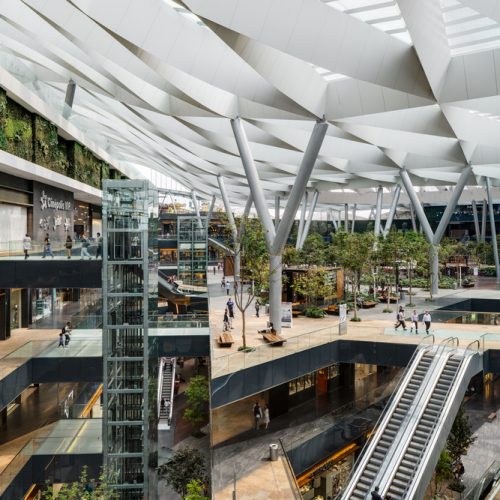 Year: 2014 Construction Area: 440,580 sqm Status: Built Program: Commercial and offices Location: Mexico City Description: There is a clear trend in leading cities worldwide towards urban transformation that is above all the result of social and demographic evolution, reconciling densities and land uses to trigger development. Parque Toreo was designed as a mixed-use complex […] 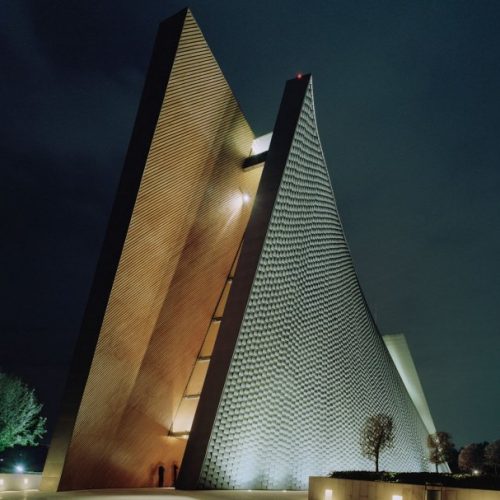 Year: 2009 Construction Area: 4,672 sqm Status: Built Program: Public Location: Mexico City Description: Located on a reclaimed urban site in Santa Fe; the José María Escrivá Church and Community Center is built around the relationship between architecture and light. The design concept began with the repetition of seven golden rectangles, over which are traced […] 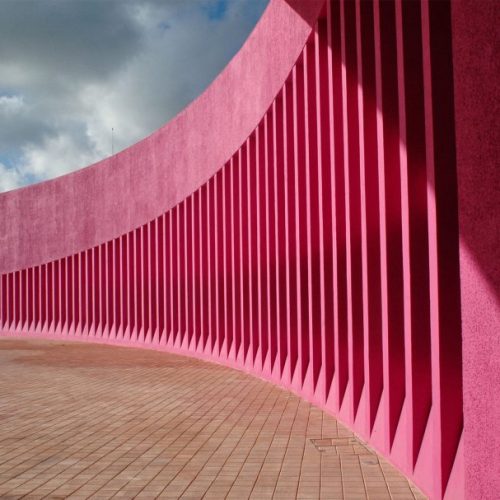 Description: The Teletón Foundation together with Sordo Madaleno Arquitectos have shared challenges in health related issues with extraordinary results by strengthening the links between design and health. Today they have completed 23 CRITs, one CRIQ, The Teletón Infant Oncology Clinic (HITO) in Querétaro and in Tabasco, the Autism Center and the Teletón Specialist University. These […] 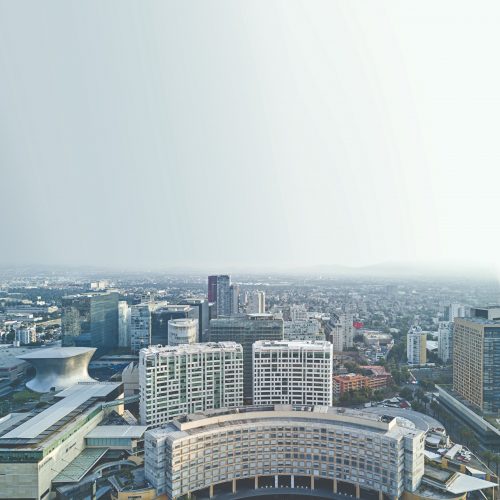 Year: 2006 – 2022 Construction Area: 185,000 sqm Status: Built Program: Commercial and offices Location: Mexico City Antara was located in the Granada industrial district, which initially defined a clear urban barrier on the boundary of the upmarket residential Polanco neighborhood. The urban renewal triggered by the first phase of Antara’s masterplan in 2006 was […]