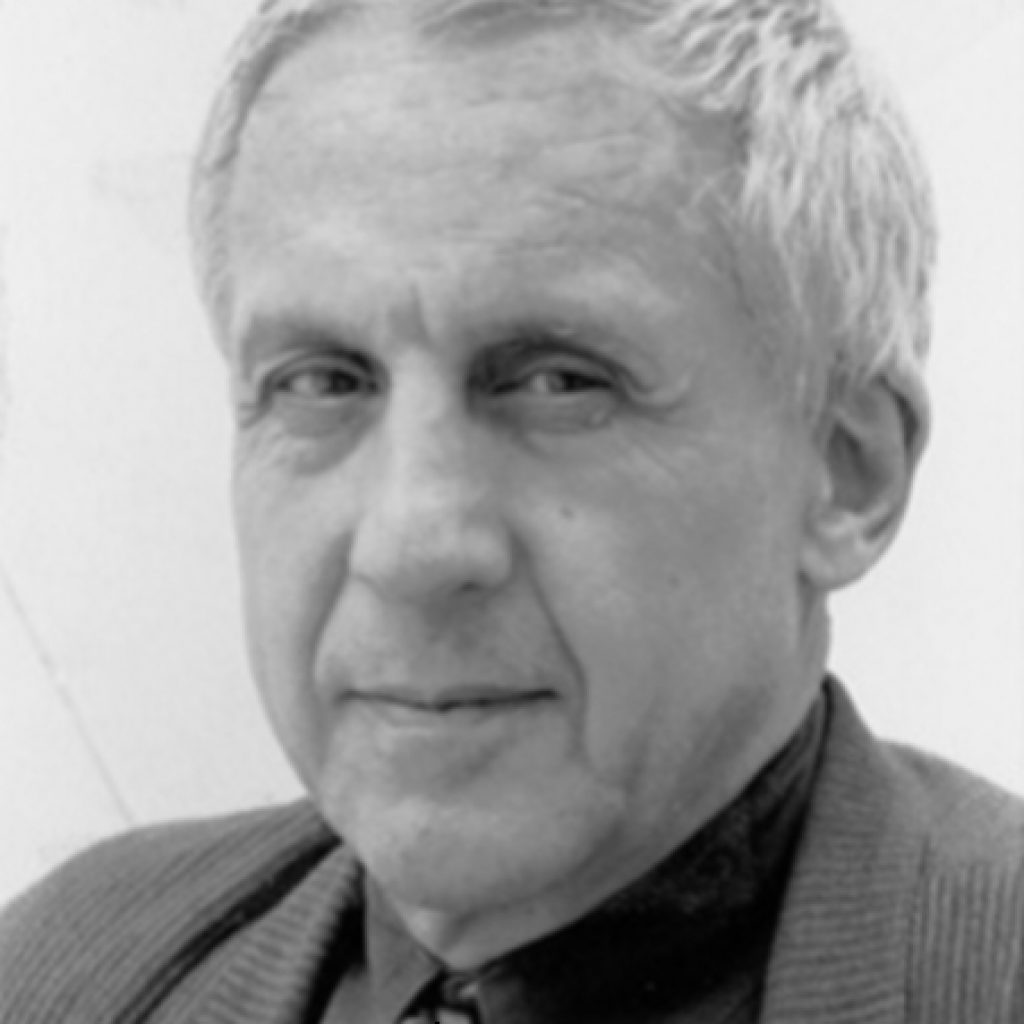 Kenneth Brian Frampton (born November 1930 in Woking, UK), is a British architect, critic, historian and the Ware Professor of Architecture at the Graduate School of Architecture, Planning, and Preservation at Columbia University, New York. He has been a permanent resident of the USA since the mid-1980s. Frampton is regarded as one of the world’s leading architecture historians of modernist architecture.

Frampton studied architecture at Guildford School of Art and the Architectural Association School of Architecture, London. Subsequently, he worked in Israel, with Middlesex County Council and Douglas Stephen and Partners (1961–66) in London, during which time he was also a visiting tutor at the Royal College of Art (1961–64), tutor at the Architectural Association (1961–63) and Technical Editor of the journal Architectural Design(AD) (1962–65). While working for Douglas Stephen and Partners he designed in 1960-62 the Corringham Building, an 8-storey block of flats in Bayswater, London, the architecture of which is distinctively modernist; in 1998 it became protected as a listed building.[1]

Frampton has also taught at Princeton University School of Architecture (1966–71) and the Bartlett School of Architecture, London, (1980). He has been a member of the faculty at Columbia University since 1972, and that same year he became a fellow of the Institute for Architecture and Urban Studies in New York — (whose members also included Peter Eisenman, Manfredo Tafuri and Rem Koolhaas) — and a co-founding editor of its magazine Oppositions.

Frampton is especially well known for his writing on twentieth-century architecture, and for his central role in the development of architectural phenomenology.[2] His books include Modern Architecture: A Critical History(1980; revised 1985, 1992 and 2007) and Studies in Tectonic Culture (1995). Frampton achieved great prominence (and influence) in architectural education with his essay “Towards a Critical Regionalism” (1983) — though the term had already been coined by Alexander Tzonis and Liane Lefaivre. Also, Frampton’s essay was included in a book The Anti-Aesthetic. Essays on Postmodern Culture, edited by Hal Foster, though Frampton is critical of postmodernism. Frampton’s own position attempts to defend a version of modernism that looks to either critical regionalism or a ‘momentary’ understanding of the autonomy of architectural practice in terms of its own concerns with form and tectonics which cannot be reduced to economics (whilst conversely retaining a Leftist viewpoint regarding the social responsibility of architecture). He summed up his critical stance towards postmodernist architecture and its advocates’ belief in the primacy of architecture as a language as follows:

It seems to me that we cannot escape from two aspects of architecture which I tried to identify … as ontological tectonic and representational tectonic. Representation certainly cannot be removed from architecture any more that it can be removed from other discourses. … In my opinion it is of the utmost importance that the ontological and representational aspects of architecture be maintained as a dialogical interaction. I think that the attempt to isolate atomized elements such as morphemes is in the end a kind of reductive pseudo-scientific project, which just leaves you with the banality of pieces such as ‘a door is a sign of a door’ rather than with any notion as to the socio-cultural, complex desire of the species-being to realise itself, collectively.[3]

In 2002 a collection of Frampton’s writings over a period of 35 years was collated and published under the title Labour, Work and Architecture.