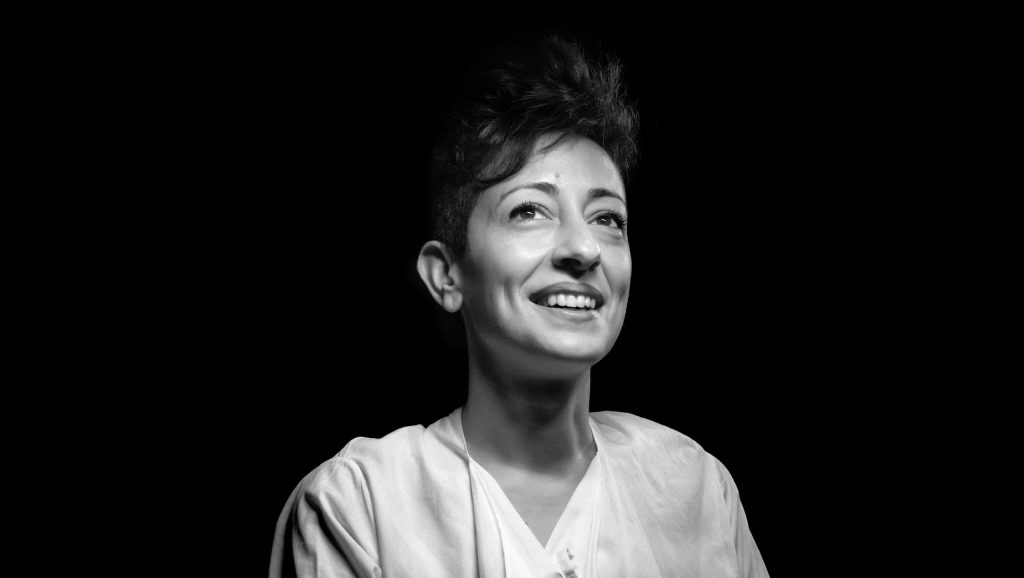 Lina Ghotmeh is an Architect leading her practice Lina Ghotmeh — Architecture in Paris. Born in Beirut in 1980, she graduated with distinction from the American University of Beirut in 2003. In 2006, she received the first prize for the Estonian National Museum Competition leading her to establish her first partnership practice to realize this exceptional project set at the heart of Estonia’s cultural capital.

Her current practice Lina Ghotmeh — Architecture is research-driven and gathers a team of 25 professionals of various disciplines. Echoing Ghotmeh’s lived experience of Beirut – a palimpsest of unrest – the office’s work is orchestrated as an “Archeology of the Future”, where every project develops from thorough historical and material research learning from a vernacular past to build a new “déjà-là”. Architectures emerge as such from a close understanding of their environment resulting in a symbiotic and ecological dialogue with earth.

Lina Ghotmeh’s works include “Réalimenter Masséna”, a wooden tower dedicated to sustainable feeding and awarded by Paris’ call for innovative projects, “Stone Garden”, in Beirut, where craft is at the heart of the building’s making. Among other projects, her studio is currently designing and leading the construction of the new Hermès Manufacture, a passive building in Normandy, and the urban rehabilitation of the Maine Montparnasse grounds in Paris.

She has lectured internationally and has taught at the Ecole Spéciale d’Architecture. She now holds teaching positions at the Yale School of Architecture and University of Toronto, is Copresident of Ministry Group RST ARCHES scientific network for Architecture in extreme climates, and Independant Director at Saint Gobain.

She is the recipient of multiple awards, including: the 2020 Schelling Architecture Prize; the 2020 Tamayouz “Woman of Outstanding Achievement” Award; the French Fine Arts Academy Cardin Award 2019; the French Academy Dejean Prize 2016; the Grand Prix Afex 2016; and the French Ministry AJAP Prize 2008. She was also nominated for the Moira Gemmill prize. Her work was exhibited at the 17th Architecture Biennale in Venice and has gotten widely published by the likes of Phaidon, RIBA, Domus and Architectural Record.