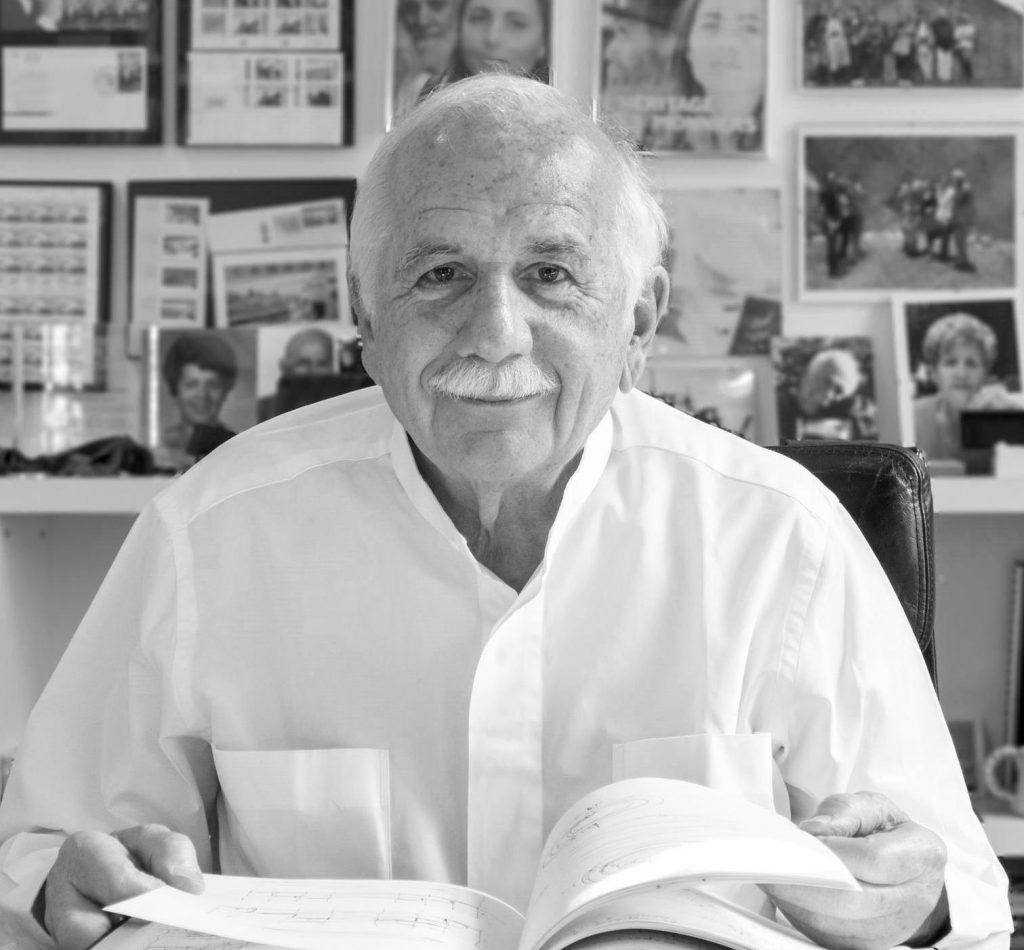 Moshe Safdie is an architect, urban planner, educator, theorist, and author. Over a celebrated 50-year career, Safdie has explored the essential principles of socially responsible design with a distinct visual language. A citizen of Israel, Canada and the United States, Moshe Safdie graduated from McGill University. After apprenticing with Louis I. Kahn in Philadelphia, Safdie returned to Montréal to oversee the master plan for the 1967 World Exhibition. In 1964 he established his own firm to realize Habitat ’67, an adaptation of his undergraduate thesis and a turning point in modern architecture.

Author of four books and a frequent essayist and lecturer, Safdie’s global practice includes projects in North and South America, the Middle East, the developing world and throughout Asia and Australia. Projects span a wide range of typologies, including airports, museums, performing arts, libraries, housing, mixed use and entire cities. His honors include the Companion of the Order of Canada, the Gold Medal from both the Royal Architectural Institute of Canada and the American Institute of Architects, la Medaille du Merité from the Order of Architects of Québec, Canada, and Israel’s Rechter Prize. The Cooper Hewitt, Smithsonian Design Museum awarded Mr. Safdie the National Design Award for Lifetime Achievement in 2016. 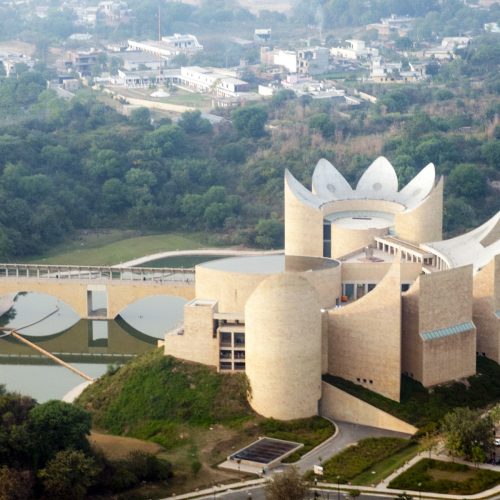 Clad with local sandstone and evoking the fortress cities of Rajasthan, Gwalior and Punjab, the Khalsa Heritage Centre acknowledges the Sikhs’ history as celebrated warriors. The upwardly curving roofs of the museum’s tower-like galleries are covered in stainless steel, designed in counterpoint to the rich tradition of gold domes that crown sacred Sikh buildings such […] 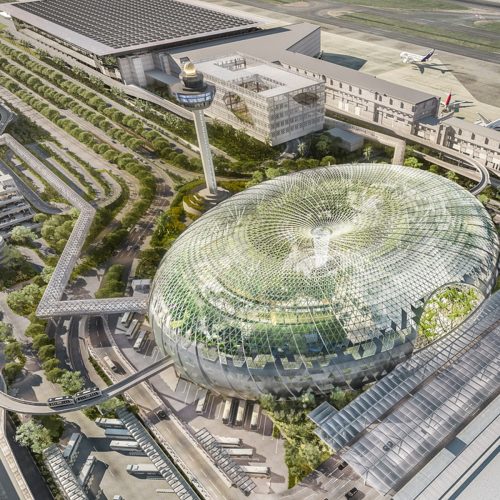 Jewel Changi Airport re-imagines the center of an airport as a major public realm attraction. Jewel offers a range of facilities for landside airport operations, indoor gardens and leisure attractions, retail offerings and hotel facilities, all under one roof. A distinctive dome-shaped façade made of glass and steel adds to Changi Airport’s appeal as one […] 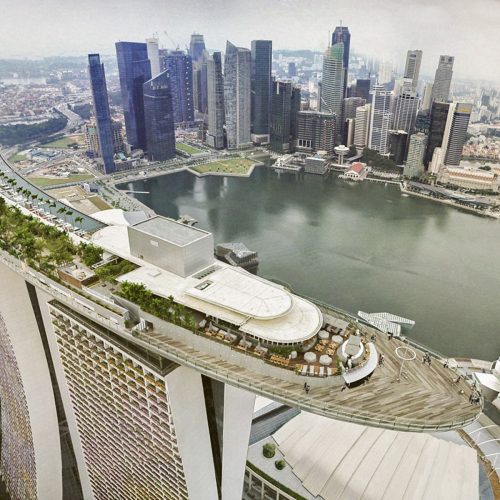 Linked at the 57th floor by an expansive and lush 2.5 acre garden skypark, the Marina Bay Sands Hotel represents a new urban typology characterized by its interconnectedness, both at the ground level and in the sky. The 2,500 room hotel is organized into three 57-story towers joined together at the ground level by a […] 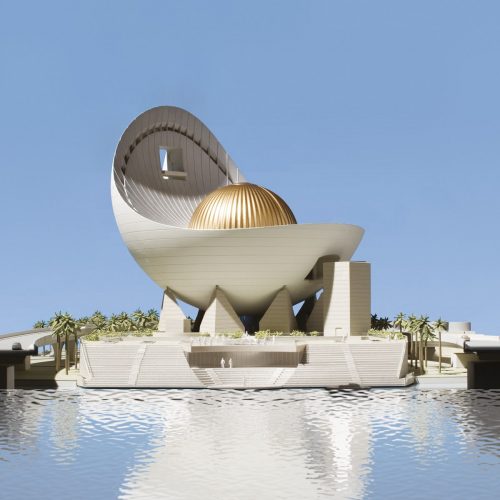 The hovering geometric design for the Gateway Mosque marks the entry to the Palm Jumeirah archipelago development in Dubai, on a triangular site bounded by two existing highway bridges. The client brief for a gateway design prompted a lifting of the building on a set of concrete piers, raising the traditional dome prayer hall in […]