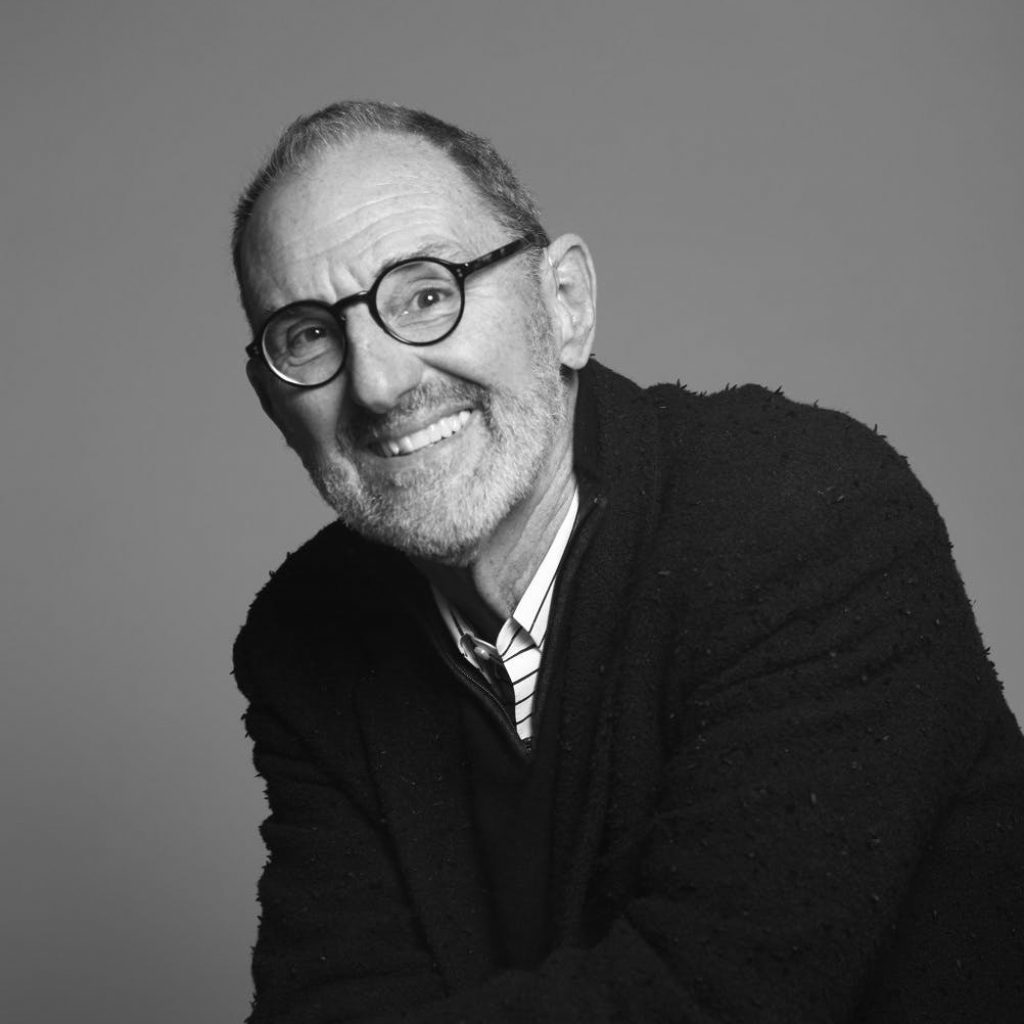 Thom Mayne (born January 19, 1944) is an American architect. He is based in Los Angeles. Mayne helped found the Southern California Institute of Architecture (SCI-Arc) in 1972, where he is a trustee. Since then he has held teaching positions at SCI-Arc, the California State Polytechnic University, Pomona (Cal Poly Pomona)[1] and the University of California, Los Angeles (UCLA). He is principal of Morphosis, an architectural firm in Santa Monica, California. Mayne received the Pritzker Architecture Prize in March 2005.

Mayne was born in Waterbury, Connecticut. He studied architecture at the University of Southern California (1968) and also studied at the Harvard University Graduate School of Design in 1978, with a social agenda and urban planning focus, receiving his bachelor’s degree, he began working as an urban planner under Korean-born architect Ki Suh Park. During that time he recalls that “policy and planning were not going to work for me” and that he “needed a more tangible resolution.” Mayne found himself living on a commune with the grass-roots group Campaign for Economic Democracy, many of whom became his earliest clients.

In 1972, Mayne abruptly left Cal Poly Pomona and collaborated with five other students and educators whom he met at while at USC, to create the Southern California Institute of Architecture, or SCI-Arc. The rift was due to differences between the dean at Cal Poly at the time and Ray Kappe, who headed the school’s architecture department. The goal of the new institute was to reinvigorate formal architectural education with a keener sense of social conscience. SCI-Arc was “to bring to Los Angeles the critical attitude toward the profession that was being practiced at Cooper Union in New York and the Architectural Association in London.”

Mayne and some other guys founded Morphosis in 1972; Michael Rotondi joined in 1975. The firm’s design philosophy arises from an interest in producing work with a meaning that can be understood by absorbing the culture for which it was made, and their goal was to develop an architecture that would eschew the normal bounds of traditional forms. Beginning as an informal collaboration of designers that survived on non-architectural projects, its first official commission was a school in Pasadena, attended by Mayne’s son. Publicity from this project led to a number of residential commissions, including the Lawrence Residence. Mayne describes the early days of the group as more of a “garage band” than a practice.[6] They spent their free time experimenting with new inventions for their clients, whom consisted of friends and parents of students.

When work was at a standstill, Mayne took a year off to earn his Master of Architecture degree from Harvard University. He graduated in 1978 and returned to work for Morphosis where he became the principal architect, lead designer and principal in charge for all of Morphosis’ projects. The firm has grown into prominent design practice, with completed projects worldwide. Under the Design Excellence program of the United States government’s General Service Administration, Thom Mayne has become a primary architect for federal projects. Recent commissions include: graduate housing at the University of Toronto; the San Francisco Federal Building; the University of Cincinnati Student Recreation Center; the Science Center School in Los Angeles, Diamond Ranch High School in Pomona, California; and the Wayne L. Morse United States Courthouse in Eugene, Oregon.

The work of Morphosis has a layered quality. Visually, the firm’s architecture includes sculptural forms. In recent years, such visual effect has been made possible increasingly through computer design techniques, which simplify the construction of complex forms.

Mayne remains a presence in the academic world. He currently teaches at the University of Pennsylvania and has held teaching positions at many institutions including Columbia University, Harvard University, Yale University, the Berlage Institute in the Netherlands and the Bartlett School of Architecture in London. Currently, he is a tenured faculty member at the UCLA School of Arts and Architecture. In 2013, he contributed a foreword to the book “Never Built Los Angeles” by Sam Lubell and Greg Goldin.

Cahill Center for Astronomy and Astrophysics at the California Institute of Technology, Pasadena, California, 2009

New Academic Building at 41 Cooper Square, The Cooper Union for the Advancement of Science and Art, New York, New York, 2009 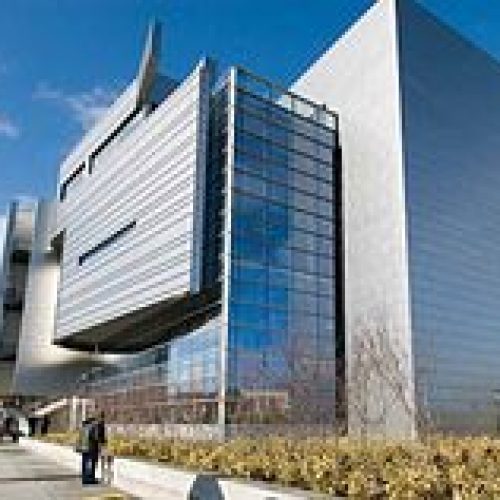 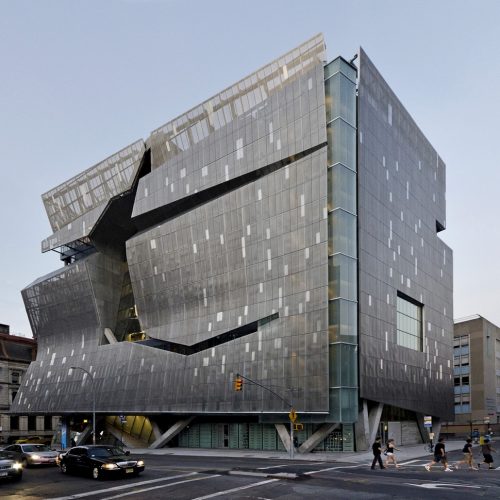 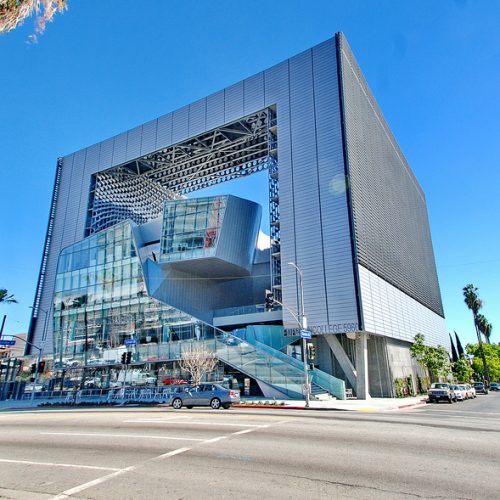 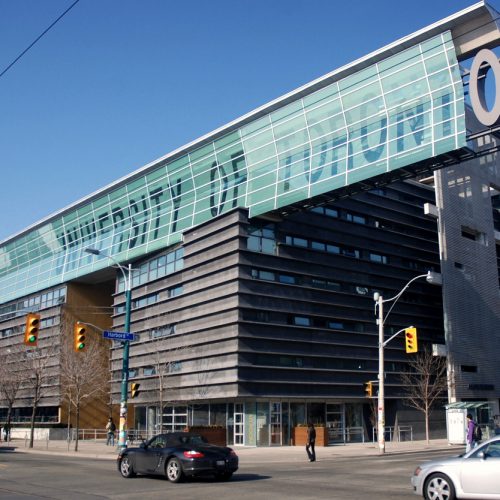 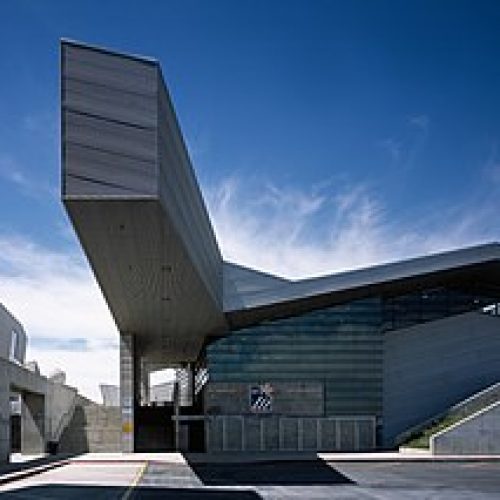